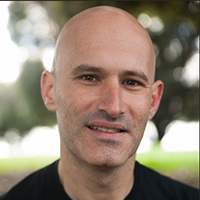 Jesse Loesberg earned his Master of Fine Arts in Writing at Goddard College where he studied with Jane Wohl, Chase Twichell, and Kenny Fries.

Jesse began knitting in 2001, and published his first design in 2005 on Knitty. Although he no longer blogs about knitting, his needles are always busy. And he has been known to occasionally design t-shirts.

To pay the bills, Jesse designs and builds websites, and currently works for the UC Berkeley Library. Although he has full-stack tendencies, his preference is for front-end work, particularly in WordPress and Drupal.

Jesse loves to hear from people! Feel free to get in touch.